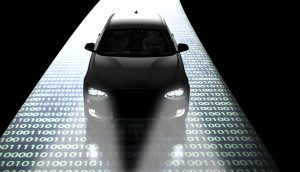 Smart pavement is an exciting concept that could revolutionize the building, usage and funding of asphalt roads everywhere.

To be specific, smart pavement refers to roadways that have been specifically engineered and built to support a wide range of 21st century IT-enabled features; making them “smart” in the process.

These possible features include radio-connected sensors being embedded in a road to constantly monitor and report the pavement’s changing condition; installing two-way WiFi transmitters in the roadbed to offer enhanced commercial broadband services to vehicles and adjoining businesses/residences; and charging electric cars as they drive along, thus reducing the need for off-road recharging stops.

“Smart pavement offers all kinds of possibilities both to road users, and the departments who build and maintain these roads,” said Brian Burger, Resident Engineer with the Missouri Department of Transportation (MoDOT). “Not only could smart services associated with these roadways enhance travel for the public, but they could also provide serious money-earning opportunities for the agencies who build and maintain smart pavement.”

In this FHWA study, a network of these sensors collected roadway strain data, which was then retrieved locally using either a manually-operated or truck-based RFID (radio frequency identification) reader.

Each sensor was comprised of a piezoelectric transducer with an array of ultra-low power floating gate (FG) computational circuits. Using this electronic architecture, FHWA’s research proved that this roadway sensor is “capable of continuous battery-less monitoring (and storing) of strain events integrated over the occurrence duration time,” said the FHWA report.

“Our interest is in exploring whether sensors can be inexpensive enough, yet durable and practical enough, such that they can be thrown into the truck at the plant and incorporated into the pavement at the job site,” said Katherine Petros, Team Leader of the FHWA’s Infrastructure Analysis and Construction Team. “Technology such as radio frequency identification (RFID) and the ability to scan information has advanced significantly and as more applications have been identified, the costs have also decreased,”

Besides proving the usefulness of sensor-equipped smart pavement for monitoring road damage and loading history, the FHWA’s sensor trial opens up new possibilities for technology-driven road management. For instance, “the sensors could be coded with the mixture data and could later be read at highway speeds as a part of pavement management,” Petros said. “This would help link the mixture data to the pavement management data and provide greater insight on the performance of the pavement.”

As the FHWA sensor trial is proving, there are many ways that smart pavement could benefit road operators and the general public. This is especially true if the pavement sensors are connected to a roadway monitoring center via WiFi or cellular networks, rather than being scanned locally by truck-mounted RFID readers rolling overhead as in the FHWA trials.

For instance, remotely-accessed road data would let DOT engineers make informed decisions about future maintenance and replacement schedules before the damage is visible at the surface. The resulting savings due to a reduction in equipment deployment and preemptive road repairs (before the damage become serious enough to be visible) could be huge.

Having access to sensor-equipped smart pavement would also allow DOT engineers to make evidence-based decisions as to which paving products perform best in their jurisdictions.

“By linking materials data or other information obtained during pavement construction to an agency’s pavement management system, they should obtain a greater understanding of why some pavements lasted longer than others,” said FHWA’s Petros. “This type of insight could promote a more proactive approach to managing pavements, as an agency may know before the pavement damage becomes visible at the surface whether they may have a potential issue to address.”

Now for a truly big picture view that is far beyond what the FHWA’s sensor research has in mind: If a truly high capacity broadband network is installed as part of a smart pavement highway and connected to a DOT’s asset management operations center, this network could be used to remotely control and coordinate all the WiFi enabled self-driving cars in its coverage area. (Any excess bandwidth could even be sold to nearby business/ residences and vehicles on the road on a subscription basis; earning reliable revenues for DOTs.)

The ability to coordinate traffic flow on such a large scale would reduce traffic slowdowns by eliminating the stop-and-start behavior of individually-controlled vehicles. More importantly, taking away control from human drivers could substantially reduce accidents and fatalities; considering that 38,300 people were killed and 4.4 million injured on U.S. roads in 2015 alone (according to the National Safety Council as cited by Newsweek). Beyond the incalculable human cost of these deaths and injuries, the NSC estimated that they resulted in a $412.1 billion loss to the national economy when related costs such as wage and productivity losses, medical expenses, administrative expenses, employer costs, and property damage are factored in.

The final benefit that smart pavement could offer to America’s roads would be a new way to fund their upgrading and ongoing maintenance. “Right now we are facing a trillion-dollar deficit in terms of roadway repairs that are needed nationwide,” Burger said. “Smart pavement could be a way to pay for these costs, by generating revenues from our roadways.”

The lure of such benefits is why Missouri’s MoDOT has launched its own “Road to Tomorrow” smart pavement initiative along Interstate 70 between Kansas City and St. Louis. “MoDOT’s ‘Road to Tomorrow’ is an open request for proposals to guide people who have ideas for our I-70 laboratory,” said Burger. “We are open to all kinds of possibilities because we need to find new revenue streams to take care of Missouri’s transportation system.”

Overall, smart pavement offers DOTs the opportunity to operate roads more safely, make these roadways last longer, save motorist lives, and even earn money to pay for the roads themselves. That’s how big a revolution smart pavement could prove to be for road building and asset management.