Vinyl record lovers know that one of the joys of listening to an album is hearing the entire set of songs, not just the ones that get radio play or make it to curated playlists on streaming music services. They also know one of the pains of listening to vinyl is the inevitable skip that can happen if there is a scratch.

Years ago, one of those skips appeared in my copy of “Who’s Next” in the last song on side one (a reference with lost meaning in the digital music world) named “Song is Over.” The skip happened in the middle of the song while I was recording the album to a cassette tape to play in my car and corrected itself after a couple of repeats of the same word.

Being a busy (or lazy) young college student, I didn’t bother re-recording the tape. It wasn’t like it skipped in “Baba O’Riley” or “Won’t Get Fooled Again.” So, every time I’d listen to the cassette, I would hear the same skip in the same place in the song.

Fast forward 30+ years and I’m cutting grass and decide to listen to the entire album (digitally, of course). It’s something I haven’t done in many years. “Song is Over” is playing and it reaches the part in the song where I suddenly remembered that there was a skip and I mentally hear the repeated part even though it isn’t really there. I had expected to hear it at that point in the song even though I knew better.

Having been in the asphalt business for a few years, I’ve been conditioned from my earliest experiences to believe certain things to be true through repetition: the critical importance of the percentage of air voids and VMA in a compacted mix being two of those things.

Volumetric and material (aggregate/asphalt binder) properties have traditionally served as surrogates for asphalt mixture-driven performance (i.e., not performance that is related to inadequate thickness design or construction). Having the proper space in the mix for air voids and asphalt binder is one of the keys to durability – both rutting and cracking.

The challenge today is that we have new/innovative materials, gradations and applications that may be different than what was used to establish those traditional relationships. Thus, tweaking is needed to our designs through the use of performance-related tests. This was the basis behind the Superpave mix design system in which basic volumetric mix design (Level 1) was the starting point and the only requirement for lower volume roads, with fine-tuning through the use of performance-related tests (Levels 2/3) for higher volume applications. Non-traditional materials that may defy standard characterization in the PG binder specification also will benefit from a mix design focused on performance-related tests. We can no longer rely on volumetric properties alone.

There was a documentary in the early 1980s entitled “Koyaanisqatsi.” According to the filmmakers, the title is a Hopi word denoting “life out of balance.” Some of our early Superpave mix designs could have been in that documentary.

We mix designers were focused strongly on angularity, air voids and VMA. Sometimes we took those designs a little far in our quest for mixes to resist the rutting we had previously, frequently experienced. The resulting mixes were often out of balance – tough to compact properly in the field, leading to permeability and cracking issues. Since then we’ve made numerous changes – all intended to get our designs back in balance.

Going even further than just the lab, we can look at how we construct our mixes in the field. Traditionally we’ve focused on getting approximately 7% air voids in the final compacted asphalt pavement layer with the idea being that the mix, if designed properly and the traffic is properly accounted for, will densify further to somewhere close to 4% air voids. At that point, permeability shouldn’t be an issue and the mix should have proper strength.

But what if that densification doesn’t occur? Or what if you were able to design a mix at slightly higher air voids (e.g. 5%) and compact it in the field to slightly higher density? The asphalt binder content might be a little lower, but the improved density might overcome air and water intrusion, helping to resist aging and cracking despite the lower asphalt binder content. The only way to know if we’ve achieved that balance is through performance-related testing and analysis. Meaning, of course, that strict reliance on our long-held views about design air voids and VMA may not lead us to the optimal answer.

Despite what we experienced years ago and what we think we know, sometimes we have to learn to not hear the skip.

Mike Anderson is the Director of Research and Laboratory Services at the Asphalt Institute. 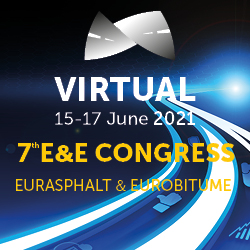