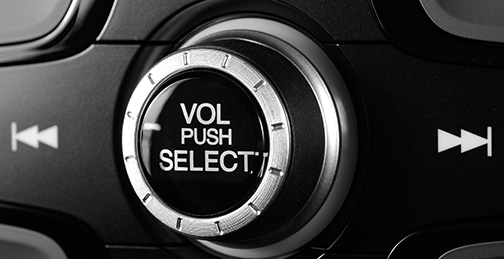 Complaints about traffic-generated road noise are certainly not new.

In fact, the first law regulating road noise was passed in Rome in 44 B.C. Julius Caesar declared “no wheeled vehicle whatsoever will be allowed within the precincts of the city, from sunrise until the hour before dusk. Those which shall have entered during the night, and are still within the city at dawn, must halt and stand empty until the appointed hour.”

Of course, the issue in Roman times was iron-rimmed horse carriage wheels running over stones. In the 21st century, the issue is automobile tires pressing against pavement – both asphalt and concrete.

“This noise is caused by the car tires trapping air between them and the road surface,” said Wayne Jones, Asphalt Institute Senior Regional Engineer. “It’s similar to noise that occurs when you clap your hands together and air becomes trapped between your palms. The air is forced out quickly under pressure, generating sound waves as it exits.”

It is possible to reduce the volume of clapping by spreading one’s fingers and clapping your open fingers together, thus providing the escaping air with sufficient exit pathways to avoid becoming trapped. This same logic applies to making asphalt roadways quieter. Instead of a conventional dense graded asphalt, a mixture is formulated with more pathways to let air escape more easily between tires and its surface.

Such noise-reducing solutions are collectively known as “quiet asphalt pavement.” They are being tested and applied on roadways throughout America – with real results.

Quiet asphalt pavement can help reduce highway noise by as much as 7 decibels, according to a 2013 World Road Association-PIARC study. Reducing noise by just 3 decibels is equivalent to doubling the distance from the source of noise to the listener, according to Asphalt Pavement Alliance literature.

Fine-graded surfaces are conventional asphalt mixes that are mostly composed of fine-grained particles; reducing the apparent road noise generated by the expelled air by altering its frequencies. Open-graded friction courses (OGFC) are a porous mix; with more connected voids through which air and water can escape. Rubberized asphalt contain crumbs of recycled tires that provide some flexing in the road surface as tires pass over it, allowing the air a bit more time to be forced out at lower pressure. Stone-matrix asphalt mainly uses coarse aggregate to create a stone skeleton, tied together by asphalt binders and fibers.

Each of these options come with different wear, climate resistance and cost considerations. No one solution fits all roads.

This is why quiet asphalt pavement “tends to be financially justifiable in high-traffic urban areas where road noise is a serious concern,” said Dr. Michael Heitzman, Assistant Director with the National Center for Asphalt Technology, “but not for rural roads where there is less traffic and fewer people to be disrupted.”

The Arizona Department of Transportation (ADOT) has been using rubberized asphalt (a.k.a. Asphalt Rubber Friction Course, or ARFC) for decades, increasing its usage in the 1980s. But ADOT did not initially apply ARFC to intentionally reduce urban highway noise. Instead, they were merely trying to extend the lifespan of their rural roadways.

“ADOT found that durability, especially crack resistance and a smooth-riding surface were and still are the key benefits for using rubberized asphalt as a top layer on rural highways,” said ADOT spokesperson Doug Nintzel. The unexpected noise reduction benefits became apparent in 2000, after a 10-mile concrete stretch of Interstate 17 in Phoenix was topped with an inch-thick layer of rubberized asphalt.

“The resulting reduction in tire noise, usually in the range of 4 to 6 decibels, was noticeable to drivers as well as residents living next to the freeway,” Nintzel said. “Once another widening project along U.S. 60 (Superstition Freeway) in Tempe and Mesa also was completed with a rubberized asphalt surface, more people noticed the lower noise levels.”

Today, more than 200 miles of freeways in the metro Phoenix area have been paved with a rubberized asphalt riding surface. Thanks to the reduction in road noise and associated complaints, “public support for the Quiet Roads Program in the Phoenix area has been strong,” said Doug Nintzel. “Residents near freeways commented on being able to hold conversations without shouting while enjoying the morning coffee on their backyard patios. Drivers noted that they were able to turn down their radios.”

ADOT is working with the Federal Highway Administration in finding out how long the noise-reduction benefit of an ARFC overlay can be expected to last in an urban setting.

The Virginia Department of Transportation (VDOT) has been experimenting with quiet road solutions since 2008, when VDOT constructed a demonstration project on the SR 234 Bypass near Manassas, Virginia.

“After that project, VDOT constructed several more demonstration sections in 2011 and 2012 in the Northern Virginia, Richmond and Williamsburg areas,” said Trenton M. Clark, Director of Engineering with the Virginia Asphalt Association.

These later sections were designed to investigate the difference in asphalt mixes, asphalt binders and the material thicknesses. “Additionally, VDOT sponsored two sections at the NCAT Test Track in 2012 in order to investigate the performance of different asphalt binders under accelerated loading and the resulting change in noise levels,” Clark said.

VDOT’s quiet pavement tests were done using polymer-modified binders and ground tire rubber (GTR) modified binders. “Based on past problems with premature raveling and work done in other states, it was decided to use these binders,” said Clark. “We tried GTR binder to see if the noise levels generated from the pavement-tire interface would be any different than the polymer modified binder.”

In general, VDOT’s quiet asphalt test results “were positive compared to conventional dense graded asphalt,” said Clark. VDOT’s report on its results and recommendations will be issued in mid- 2015, for consideration by the Virginia state legislature.

The Washington State Department of Transportation (WSDOT) has done its own quiet pavement trials, “in response to public requests to explore them as a way of reducing road noise on urban freeways,” said Jeff Uhlmeyer, WSDOT’s State Pavement Engineer.

The quiet pavement trials have not gone well, due to the fact that Washington State allows the use of road-eroding studded snow tires. Not only have the test roads suffered damage, but also those that did stand up quickly lost their noise-reduction capabilities due to wear.

Quiet asphalt pavement roadway options can significantly reduce road noise, making for less stressful driving conditions and happier neighbors. That said, the extra cost over standard HMA and WMA applications means that quiet asphalt paving is best reserved for those roads where traffic is high and population is plentiful.