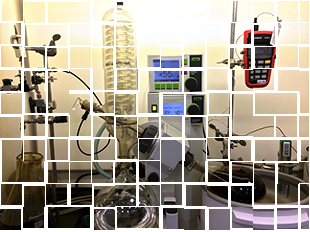 The first place we look to understand the quality of a pavement is the results of the laboratory testing carried out during the production of the mix. This makes sense because we all know that if we use good materials and good paving practice, we should end up with good pavement.

If samples were taken at the time of production and stored to preserve their properties, this should not be a problem. The samples can be tested and the results interpreted, bearing in mind the reproducibility of the test methods.

However, what do we do if no untested quality assurance or referee samples remain? Worse still, there are many projects where no sampling at all may have been carried out. What frequently happens at this stage is that the pavement in service may be sampled by coring and then tested. This is where things can start to go off the tracks.

For properties such as asphalt cement content and gradation, this may not be much of an issue as long as the areas affected by service (the surface) and sampling procedure (saw cut particles) are trimmed away and the resultant sample size is representative (about 10 kg or about seven 150 mm diameter cores for one representative sample). If the problem is ravelling, then ravelled and unravelled areas will need to be sampled and compared.

Volumetrics, however, can be a bit more difficult to assess. Mix design properties can’t really be tested because the asphalt cement has aged further in service on the road and recompaction temperature for an equiviscous condition can’t be determined. The only volumetric property that can be determined is likely the voids in situ (percent compaction) as long as the surface has not been subjected to too much traffic which tends to reduce the voids in situ.

In recent years, there has been increased use of asphalt cement recovered from the paved surface to evaluate the properties of the material purchased for the project. Again this may cause many issues in the actual sampling process and whether the sample is representative. Asphalt surfaces in service are subject to contamination from many sources. Leaking gaskets of the vehicles using the road resulting in oil drops on the surface is one source of contamination. These can be obvious and can be avoided, but if the lighter chemical components have evaporated after a few months of summer sunshine, not always.

Next to consider is the contamination caused by deposits of dust from brake pad wear. And finally, there are the deposits left from tire wear. Some may consider this contamination to be inconsequential, but a recent study from the National Cooperative Highway Research Program, “NCHRP Report 767, Measuring and Removing Dissolved Metals from Stormwater in Highly Urbanized Areas” talks of exactly these sources and how these surficial deposits can be washed off the pavement by precipitation events. If care was not taken to either wash off the samples and/or remove the potentially contaminated surface, the extracted asphalt cement may be contaminated.

The effects of extraction solvents

The next issue that must be addressed is the extraction process and the effect of the extraction solvents of the properties of the asphalt cement. There are many different solvents that could be used and all affect the asphalt cement to differing degrees. ASTM International recently published “ASTM D7906-14, Standard Practice for Recovery of Asphalt from Solution Using Toluene and the Rotary Evaporator,” which outlines the recommended procedures to be used.

However, the specification also warns that the properties of the recovered asphalt cement may still differ from that purchased for the project due to aging, contamination and molecular changes caused by exposure to heat and solvents. Users of ASTM D7906 are cautioned that the recovered binder properties from an asphalt mixture sample may not represent the properties of the original asphalt binder due to factors outside of laboratory control and as such, recovered asphalt binder properties should not be used as a basis for acceptance.

Another issue is the removal of fine material from the solution of the asphalt in the solvent. If the fine particulate matter is not removed, it will cause physical changes in the performance of the recovered asphalt. In the extraction process, a high speed centrifuge is used to remove the fine dust. This process typically removes 3 to 4 grams of fine dust which could result in a difference of 0.3 percent in asphalt content if not corrected. However, as little as 0.1 grams of dust in a 70 gram sample of asphalt cement remaining after removal of the solvent could appreciably affect the stiffness at both high and low temperature and the relaxation at low temperature.

Unless you think that these effects are small, there is experience in Ontario with the repeatability of testing of identical samples by many labs. To make a preliminary evaluation of the accuracy of the recovery procedure, the pavement owner did a mini-correlation by sending out identical mix samples to five of the labs that took part in the semi-annual round robin testing of asphalt cement and asked that they recover the asphalt cement and perform a series of tests. At that time, the average d2s value over five rounds for 15 to 19 labs was 0.128 percent for the Ash test. That means if you give a sample to two of those labs, you would expect the results of the two labs to be within 0.128 percent. When the five labs recovered the asphalt cement, the Ash test showed a range of 1.42 percent, over 10 times higher than the repeatability on un-extracted samples (tank samples).

The same held true for the PG grading. In general, we expect to get a range less than 3°C for the high and low temperature combined. The five round robin labs in the mini correlation tested the recovered asphalt cement and showed a range of 12.6°C for the high temperature and 6.9°C for the low temperature, four to eight times the range of the un-extracted samples (tank samples).

The reproducibility of a test is very important in specification and acceptance procedures. The effect of reproducibility of some of the testing carried out on tank samples is not well understood by some agencies. The higher variability of testing on recovered samples is even more problematic. The text of ASTM D7906 has one telling comment about the testing of recovered samples that should be taken into account by all agencies looking at test results:

“The quality of the results produced by this [ASTM D7906] is dependent on the competence of the personnel performing the procedure and the capability, calibration and maintenance of the equipment used.”

Brown is an Asphalt Institute Regional Engineer based in Ontario.