The three most important details to look at when designing a pavement to last: drainage, drainage and drainage. Adequate drainage of the pavement structure is considered to be the most important element in ensuring the long-term pavement performance.

The proper design of the drainage system for a particular pavement is of paramount importance. Reducing the moisture content of the granular layer and subgrade through the use of effective drainage directly affects fatigue cracking of the Hot Mix Asphalt (HMA) surfaces and thus the life of the pavement.

Learning from the past
Much of what we know about the importance of drainage is founded on the work done in England by a Scot named John L. MacAdam (1780-1830). He was one of the first early pavement engineers to recognize the importance of drainage. MacAdam stated that all pavements are supported by the subgrade and he designed pavement drainage to protect the subgrade from moisture damage.

He stressed three aspects for road design: drainage through the surface of the pavement, drainage across the surface of the subgrade and drainage out edges of the pavement by placing pavements directly on the earth. MacAdam’s pavements were built of graded stones that interlocked without binder. Now that we have asphalt and we design roads for safety (i.e. paved or gravel shoulders level with the trafficked surface), some things have to change.

Surface drainage
In terms of drainage through the surface of the pavement, we have mostly eliminated this issue by using HMA (more on this later). HMA is relatively impermeable as long as it remains intact, so subgrade surfaces are protected from water infiltration. However, water on the surface of the pavement does present issues for high speed traffic that we have today.

Surface drainage concerns are addressed by building in suitable crossfall for the pavement to carry water off the pavement surface by the shortest route. In an ideal scenario surface water would flow directly across the paved surface to the shoulders or gutter. However, profile grade and pavement warping for intersections or super-elevation frequently results in slope reversals that can lead to water spending a long period of time on the trafficked pavement surface. This can detrimentally affect surface friction (and thus safety) as the pavement remains wet for an extended period. If wet pavement occurs during freezing conditions, slow drainage can result in pavement icing – a particularly hazardous condition.

When planning for surface drainage, it is essential that surface water be directed off the surface and into drainage structures. If water is allowed to seep into the subgrade at the pavement edges, little will be gained by using HMA.

For urban sections, the paved surface, including shoulders, is crowned and typically drained by a curb and gutter system leading to catch basins which carry the surface flow to a system of storm drains. If asphalt gutters are used, it is usually possible to tack coat the surfaces and ensure that no leakage occurs at the joint between the paved surfaces and the gutter/curb. Where concrete curb and gutters are used, it is critical to ensure the joint between the paved surface and the concrete curb is maintained over the life of the pavement as the two materials respond to temperature in different manners and thus the joint tends to open.

In addition, the sidewalk or sodded area beside the curb must be graded to drain into the gutter to prevent water ponding in this location. Ponded water on the backside of the curb will seep into and saturate the subgrade at the curbline and may cause increased localized stress to the HMA layers.

Highway drainage issues
Highway pavements are also built with a crown and sloped to facilitate the flow of water from their surfaces into ditches at each side. The most effective shoulder drainage is achieved by waterproofing the shoulder with HMA paving. From a drainage point of view, a less effective practice (but still acceptable) is to provide gravel shoulders with increased cross-fall to promote surface flow and minimize seepage into the subgrade.

Sodded shoulders tend to prevent erosion but they may also prevent water from draining freely from the road surface thereby increasing the amount of moisture entering the ditch side slope and saturating the subgrade soils at the edges of the pavement. As sodded surfaces are typically weaker than granular surfaces, they may create a traffic hazard if they are used adjacent to higher speed traffic lanes. On the other hand, grass and roadside vegetation on the outer ditch face (the face of the ditch not adjacent to traffic) can remove moisture from the soil through its root system and reduce flow into the ditch.

Urban issues
In urban sections with curbs and gutters, drainage of the granular layers is prevented as there are no ditches, so subsurface drainage must be used to drain the granular layers. Subsurface drainage must be built in from the bottom up to ensure that it works for the full life of the pavement. The first thing to take care of is shaping the subgrade to promote drainage of the granular materials. If the subgrade is not sloped or it settles after construction (for instance over buried utility services or service connections), water will tend to accumulate in the more porous granular materials at the interface with the subgrade. Over time, this water seeps into the subgrade and may significantly weaken it locally.

Once the water makes its way to the edges of the pavement, some means is required to collect it and safely discharge it. The installation of subgrade drainage is fundamental to long term pavement performance. If the structural section contains open-graded layers below the HMA surface, they must also be drained. Most urban pavements would benefit from the installation of subdrains along both curblines. The subdrains should be installed in trenches with an invert below the underside of the granular layers and should be connected to permanent year-round frost free drainage such as a catchbasin system. Where full-length subdrains can’t be installed, the use of sub-drains 15 to 20 ft (5 to 7 m) in length on the upstream side of the catchbasins is recommended. Large paved surfaces such as parking lots would also benefit from the installation of subdrains. In this case, the same stub-drain system should be installed in a cruciform pattern at the catch basins.

Subdrainage
The purpose of pavement subdrainage is to enhance the long-term (10 to 15 years) performance of the pavement. Thus, it is necessary to design the drainage system for long-term performance. This involves the use of filters around drainage pipes to ensure performance. The purpose of the filter is to allow water to flow to the drain and at the same time, to prevent the loss of the fine particles from the soil.

The material that meets these criteria for most subgrade soils is washed mortar sand which is a clean, essentially one-sized sand. Unfortunately, the permeability of mortar sand, while greater than that of most subgrade soils by several orders of magnitude, is still low for high flow situations. Consequently, for adequate drainage, a perforated pipe is typically required. Such pipes are typically wrapped in a geotextile sock to prevent the sand particles from washing into the pipe.

Drain rock, on the other hand, consists essentially of one-size stone material (i.e. greater than 4.75 mm) which results in very high permeability. It is apparent to most geotechnical engineers that drain rock will never meet the retention criteria for the majority of subgrade soils. As a result, the fine particles from the adjacent subgrade soils will wash into the drain stone and clog the material. This loss of soil will result in settlement above and/or beside the subdrain. To prevent these issues, a filter fabric is sometimes placed between the drain stone and the subgrade soils. The choice of geotextile and the proper installation are critical to the success of this type of construction. An inappropriate geotextile will still allow fines from the subgrade to pass and result in clogging and settlement.

In the first application, called an Open Graded Friction Course (OGFC) or Porous Friction Course (PFC), only the top lift is permeable in order to improve driving safety or to reduce noise. This type of design places the permeable pavement as a surface course on top of the normally designed impermeable HMA pavement. The permeable surface reduces the flow of water over the trafficked surface and thus reduces splashing in severe rainfall events. The drainage concerns for this pavement type are dealing with the outflow from the pervious layer at the edges of the pavement. Typically, the permeable layer is stopped a few feet (~500 mm) from the edge of the HMA pavement to allow drainage of the layer across the paved shoulder.

The second application of permeable pavements is called porous pavements. These are designed to reduce or eliminate the surface flow into drainage structures and allows for direct infiltration of precipitation into the subgrade. This concept seems to go against everything described so far. However, this is considered to be a sustainable pavement alternative and has been used mostly for parking surfaces and access roads.

The design of porous pavements differs from the structural design of pavements surfaced with dense graded material. In this case, the granular layers are not normal dense graded material. Instead, they are composed of clean crushed material to provide void space for water from precipitation events. The thickness is determined, not by structural requirements, but by the requirement to store water from a typical local precipitation event or sequence of events as required by local practice.

As the intent is to avoid the use of water quality and quantity ponds, the volume in the void space is usually determined by the volume of the ponds that would be required if permeable pavements were not used. Since the voids space in most clear stone materials is around 35 percent, the thickness of the granular layer is usually much thicker than would be required for structural design and, as the layer is composed of clean crushed stone, aggregate interlock in this thick layer is usually to provide adequate distribution of the load and thus support for the pavement surface.

Thus, drainage of the pavement is an important issue that should be addressed in every pavement design or rehabilitation. 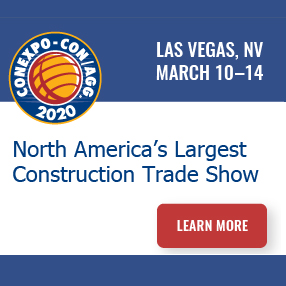