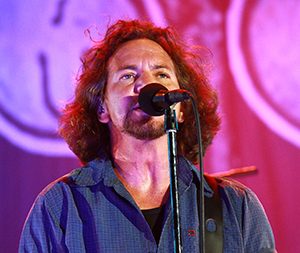 I love the song “Yellow Ledbetter.” I’m not sure exactly why…do we ever really know why we like the things we like? Maybe it’s the solo guitar, just picking notes at the beginning followed by the drums kicking in and Eddie Vedder’s singing. It sounds wistful. It is without a doubt one of my favorite songs by Pearl Jam.

It is also, without a doubt, one of the least understood songs I have in my iTunes library. I have no idea what Eddie is singing in 90 percent of the song…and that’s being generous to say that I understand 10 percent of it. Every so often I pick up on a few words and then I sing along. I realize that I could look up the lyrics, but I never have. I think that would ruin it for me. Like maybe he’s really singing about his cat or something. To me, it’s enjoyable, if incomprehensible, the way it is.

I kind of have the same feeling about using Simplified Viscoelastic Continuum Damage, or SVECD, to characterize fatigue cracking in asphalt mixtures. I’m sure it is an elegant approach, but despite hearing presentations, reading papers and attending training I still don’t understand 90 percent of it. Forget trying to talk with my family about it. “Viscoelastic continuum damage” are not the three words my spouse wants to hear.

So, what is meant by Simplified Viscoelastic Continuum Damage (S-VECD)? First, a disclaimer. As I’ve already established, I am not an expert on the subject by any means. If you want to know more or check my overly-simplified explanation then I refer you to any of a number of publications on the subject, of which a few references are shown below.

Continuum damage theories ignore microscale behavior and attempt to characterize a material from macroscale observations [1]. In other words, continuum damage theory recognizes that the behavior of the material is the net effect of microstructural changes. Asphalt researchers adapted a nonlinear viscoelastic constitutive theory for composite materials with distributed damage and were able to successfully model the damage behavior of asphalt concrete in a model (VECD).

So, you’re probably thinking “when does it get to be simple?” As described by Dr. Jo Daniel and Dr. Richard Kim [2]: “It is important to differentiate between the development of a simple model and a simplified model. A simple model involves a single test condition in the laboratory and compares the results to field performance. A simplified model initially takes a rigorous fundamental approach using theory to develop a model and then the model is simplified. The advantage of a simplified model is that it can account for many different conditions due to the theoretical foundation.”

The Simplified Viscoelastic Continuum Damage (S-VECD) modeling technique “… allows the prediction of the fatigue lives of asphalt concrete at various strain-stress amplitudes under different temperatures using the dynamic modulus master curve and the cyclic fatigue data from a single temperature and single stress or strain amplitude.”[3] To this end, the researchers have developed a draft procedure using the Asphalt Mixture Performance Tester (AMPT) to conduct a dynamic modulus test–to determine the linear viscoelastic properties of the mix–followed by direct tension cyclic tests at three different strain levels–to develop the damage characteristic curve. The resulting data (linear viscoelastic properties and damage characteristic curve) can be used to analyze the fatigue characteristics of an asphalt mixture. This can be done using standard software or an Excel spreadsheet. As stated in a user’s guide of a standard software package for test execution, data collection and analysis “…it is not necessary to memorize the jargon and master advanced calculus in order to understand the basic concepts involved in CDT [continuum damage theory] and to appreciate how it can be practically applied to pavement design and analysis.” [4]

For me, the important takeaways from this article are these:

• Rigorous theory and modeling techniques referred to as S-VECD, allow us to characterize fatigue performance of asphalt mixtures using a small set of tests that can be performed on the AMPT.

• You don’t have to understand something completely to appreciate it…like “Yellow Ledbetter”.