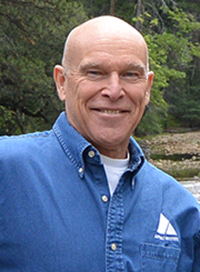 Bob Humer is an Asphalt Institute Senior Regional Engineer. He joined AI in 1978, after earning his Ir. (drs.) degree in Civil Engineering at Delft University of Technology, the Netherlands.

What drew you to engineering, transportation, and asphalt?

Growing up in the Netherlands (Holland) where half the country is up to 30 feet below sea level, engineering is important. I’ve always been interested in how things work and are being made. By age 12 I had decided that engineering would be a good choice. After high school, I was off to the TU Delft for civil engineering (both structural and normal civil). I specialized in asphalt technology, in no small amount due to the work of revered professors such as Carl L. Monismith and Matthew Witczak. After seven years in  the early 1980s working for the Dutch equivalent of the FAA (Federal Aviation Administration), I became proficient with all aspects of airport pavement projects, including involvement in airport construction in Fujairah (UAE), Aruba and Ecuador. Back in the U.S., I was fortunate to be hired by AI as a field engineer, a job that I have enjoyed ever since.

There is quite a difference in climates between east and west of the Cascade and Sierra Nevada mountains, as well as north/south from the Canadian to the Mexican border. Heavy truck traffic on I-5 and SR 99 between the major population areas on the coastal side of these states, and that going from the major ports eastward asserts a heavy toll on these routes, and the maintenance needed to keep them operational. In addition to climate and traffic, significant differences in the quality of available aggregates are the reasons for differences in the designs, specifications and paving practices. Industry and agencies prefer to adhere to practices that are tried and proven for their area. There is a wide variety of pavement and highway condition between the western states due in large part to funding within these states.

What advancements do you see around the corner for asphalt paving?

The two most important factors affecting premature failure of asphalt pavements are insufficient compaction and delamination, with segregation a close third. Intelligent Compaction (IC) and spray-pavers hold promise for improvement. Few, if any, specifications and/or inspection manuals cover segregation sufficiently to avoid its occurrence. A segregated mix is no longer the designed and approved mix. It will have a high voids content, be porous and disintegrate soon. When water penetrates to the tack coat interface, there is potential for slippage. Advances for these issues can achieve significant improvements in the life of asphalt pavements. Many other improvements can be expected such as; paving equipment automation (with GPS positioning), non-destructive QC/QA testing in the field, wireless transmission of data to management offices, new and improved asphalt modifiers, faster and more reliable laboratory tests and fundamentally sound performance specifications.

Where should today’s students focus their asphalt research?

Given that most students will have careers on the practical side of our profession, I recommend they focus on hands-on basic materials testing followed by one or two advanced materials research topics, and then participate in an actual project (possibly as an intern with a company or an agency). For those striving to follow an academic career, I recommend they pursue topics that improve the knowledge, performance and state-of-the-art methods of building asphalt pavements. Perhaps one day we’ll see widespread use of technology which permits pavements to play a role in energy generation and transmission can clean the air from greenhouse gasses, and other future concepts. There is opportunity enough for high level, advanced research in our field.