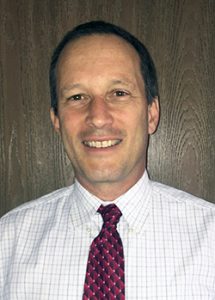 We talk with leading educators in the field of asphalt technology in an effort to connect with academia on important industry issues.

Dr. John Harvey, Ph.D., P.E. is a professor at the University of California Davis where he directs the UC Pavement Research Center.

What drew you to transportation engineering?

Working with soil and construction equipment, as well as movement of water, people and things entertained me as a kid. There were no engineers in my family. My dad was a history teacher and my mom was a business secretary/goat rancher/hardwood floor contractor. I was originally a music major in college, but got interested in the engineering of roads and streams while working as a firefighter for the U.S. Forest Service. I dropped music, caught up on math and science and became a civil engineering major. I was interested in building canals to move water and roads to move people. The best job offer when I graduated was in pavement.

Our research has shown that vibration is the main thing affecting ride quality. For bicycles, this is primarily affected by the macrotexture caused by the stones sticking out of the surface, and to a lesser extent by the roughness caused by cracking and patching. Lower macrotexture gives a better ride, so the key is keeping the stone size in the slurry or chip seal from being too large. HMA and open-graded friction courses provide enough macrotexture for safety but have lower macrotexture than slurries and chips.

What testing is being used to improve quieter pavement practices?

We used a test method in our recently completed six-year study on asphalt and concrete tire/pavement noise called On-Board Sound Intensity (OBSI). It was developed by Paul Donovan when at GM and later as a consultant, and became a standard test during the middle of our study. Wayside measurements can be used at the side of the road. We also found that in the laboratory, air permeability could be used to provide some estimate of high-frequency tire/pavement noise and macrotexture measurements could be used to provide some estimate of low-frequency noise, although we didn’t further develop the method.

Due to continued testing, how are porous asphalt methods evolving?

New mix design methods have been developed, led by work at NCAT, to balance draindown with durability. We have looked at extending that work to include durability tests like the Cantabro test that provides an indication of raveling. We have also looked, along with Danish colleagues, at reducing stone size while keeping high air voids as a way to further reduce noise.

Where should today’s students focus their asphalt research?

I strongly believe that students should focus on the fundamental chemical and physical properties of the materials and for asphalt how they change over time and under different conditions, and then how to apply those to produce better technology. Don’t just focus on the technology. Students need to understand pavement structures and how they work with materials. The demands on asphalt are going to expand widely, but that will also increase the realm of research. In addition to roads, we now need to think about how to produce urban hardscape products that handle stormwater, are quiet, have less environmental impact, are infinitely recyclable and are easier to construct, in addition to the traditional demand of carrying loads and cost. Let’s think first about being materials and pavement/hardscape researchers, not just asphalt researchers, and this will open up new ways to use asphalt in materials and structures that have not been developed.